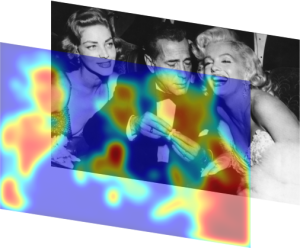 Visual servoing aims to regulate to zero the error between visual information contained in a desired image and images acquired by the robot during the servoing. The visual information can be geometric features like points, lines, contours or regions of interest. These features require to be accurately detected in the desired image and in the current one. Featureless concept is an answer to the drawbacks of geometric approaches. It proposes to use the appearance instead of the shape.
The advantages of using the entire photometric image information as visual feature are: it does not require any feature detections, matching or tracking process. To enlarge the convergence domain, we propose to accomplish visual servoing based on the analytical formulation of Gaussian mixtures to model the images. During the servoing, we consider the optimization of the Gaussian spreads allowing the camera to converge to a desired pose even from a far initial one. Simulation that overcomes the state-of-the-art and real experiments highlight the success of our approach.