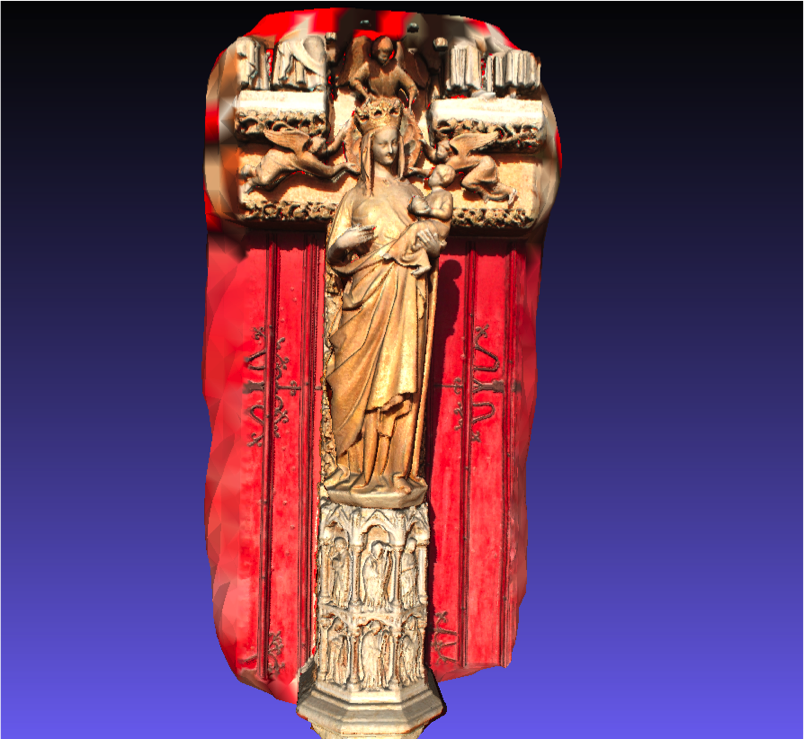 Cultural heritage contains important remnants of our past and has to be carefully safeguarded. That is why patrimony documentation represents an important research issue.
A direct camera pose computation has been developped and implemented in order to accuratly register photos over 3D point clouds obtained from laser scanners.
The performance of our approach has been proven in simulation and real experiments on indoor and outdoor datasets of the cathedral of Amiens, which highlight the success of our method, leading to point clouds with a photo-realisitic aspect.
This work has been presented in the International Archives of Photogrammetry, Remote Sensing and Spatial Information Sciences in 2015.

Robot or vehicle localization, using embedded devices only, is still a challenging issue. Tackling the problem using vision is full of potential since images bring a lot of information about the environment. Camera 3D pose estimation, to be consistent and precise, can benefit from two things: a 3D model of the environment, as it is well known, and the photometric appearance of the environment. The latter recently received more attention from the research community. However, it is mainly tackled for conventional cameras and using 3D models obtained from their images and for this purpose. In parallel, recent tools like 3D laser scanners have been more and more improved and are now able to rapidly generate an accurate and colored dense point clouds of a scene. We have proposed to tackle wide field of view camera 3D pose estimation using intensities of the whole image and surrounding datasets previously acquired by a 3D laser scanner. The direct use of image intensities withdraws features detection and matching issues and ensures more consistency than using geometric features. 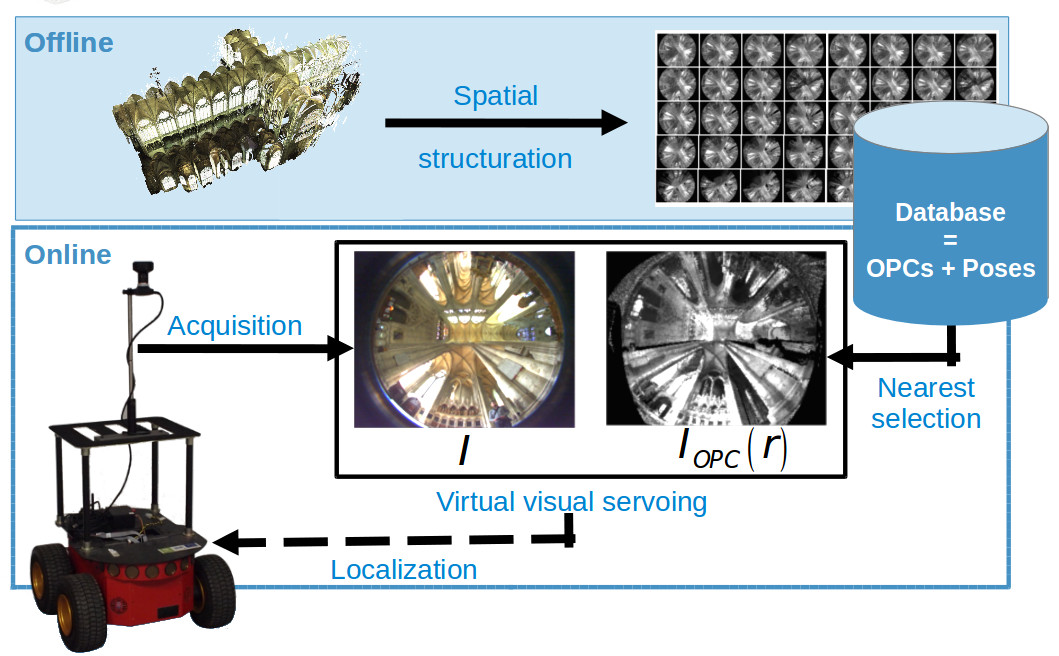